One eventually reaches a locked gate and parking area at the end of this road, with lavatory facilities, and a foot path leading west toward a climbing area dominated by The Rusty Wall.

Fellow Joshua Tree wander E! and I took the Keys Ranch tour the third day of January, 2015. As you will see from several of the images, there were patches of snow left from a 2″ to 4″ dusting the Park received a few days prior.

The Rusty Wall, which faces north, is shaded in the afternoon. 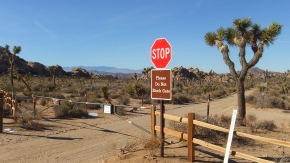 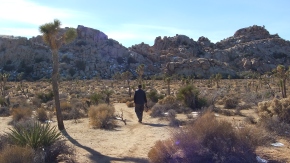 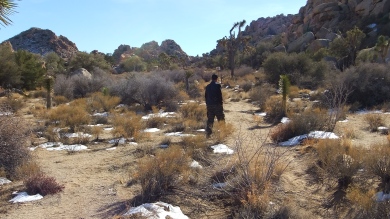 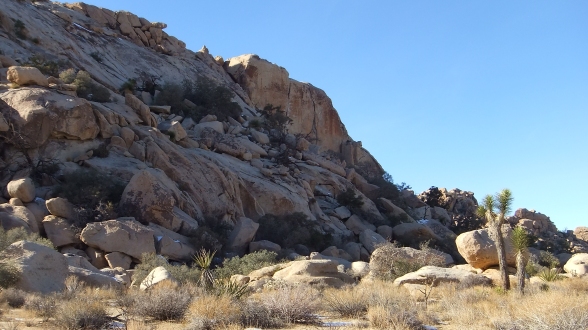 Echo Cove and Beyond ♦ 3D Anaglyph

Be my guest and download as many of the 3D Anaglyph or 3D Half Side-by-Side photographs as you wish. Note: 3D H-SBS images should only be saved if you have access to a 3D TV. 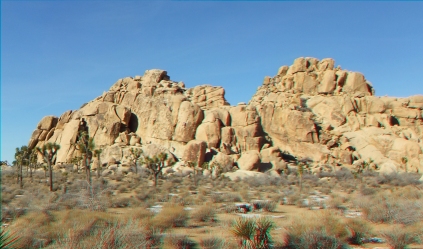 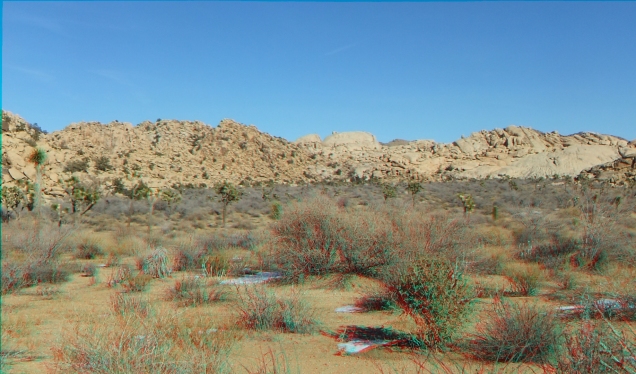 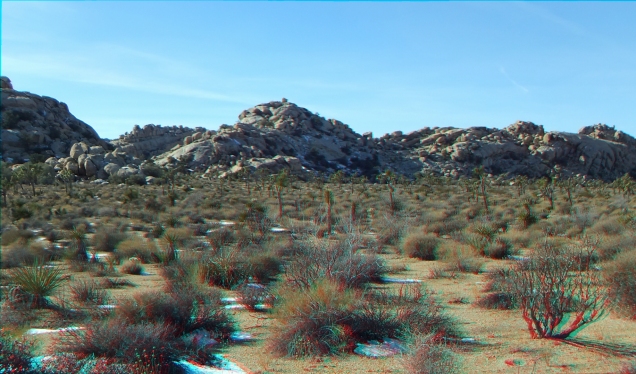 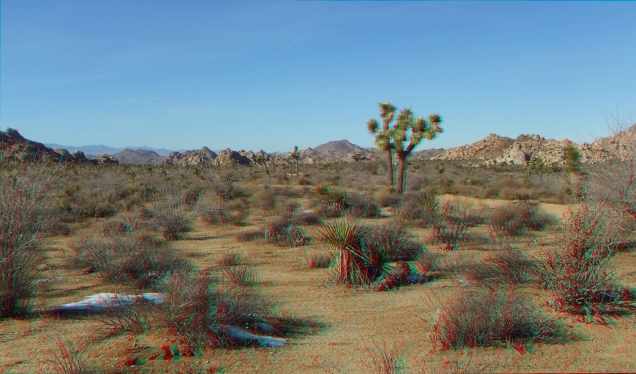 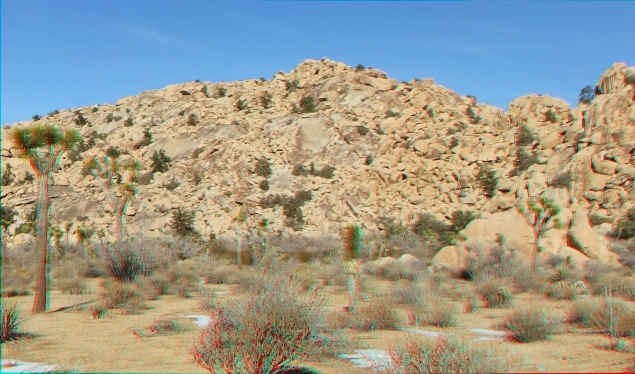 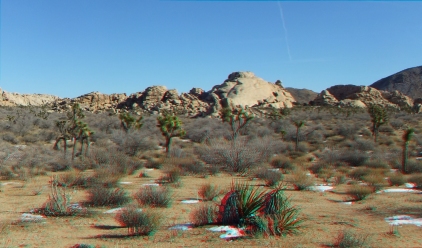 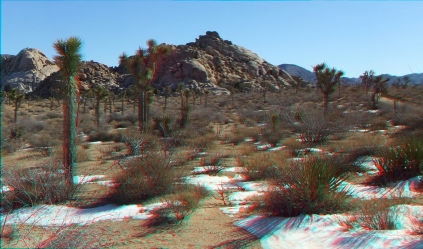 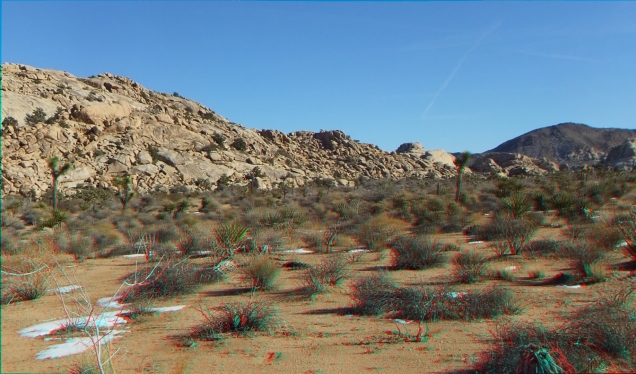 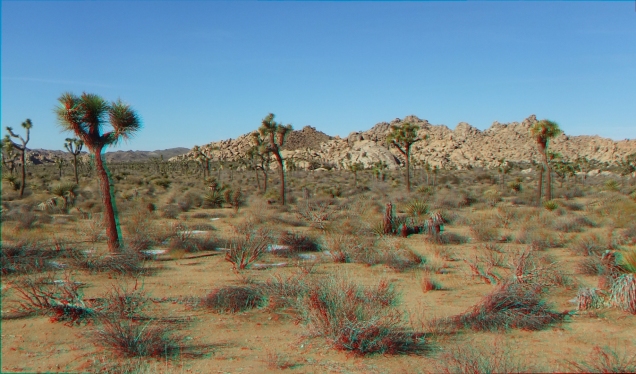 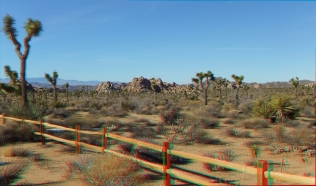 Echo Cove and Beyond ♦ 3D Half Side-by-Side 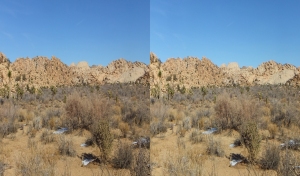 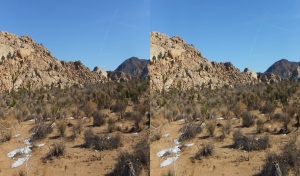 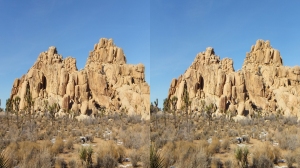 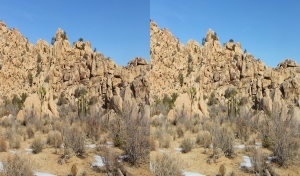 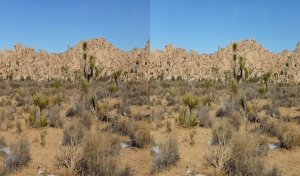 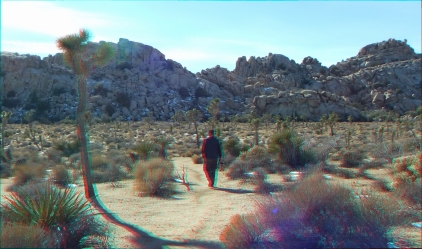 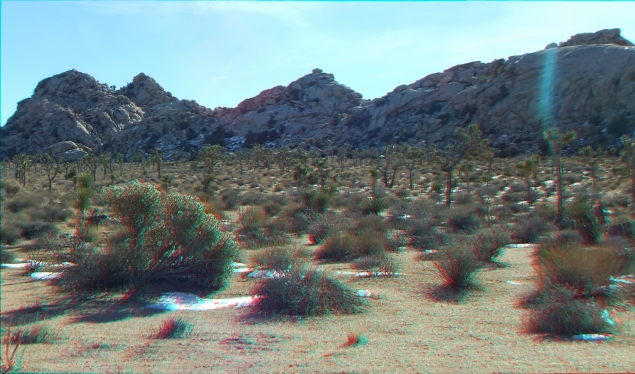 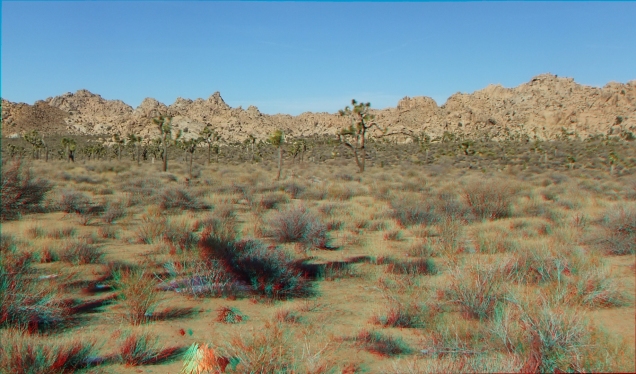 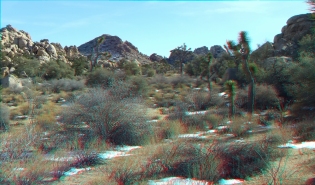 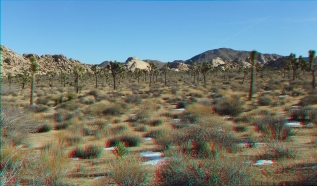 The 3D H-SBS images are for those who will be viewing these on a 3D TV. 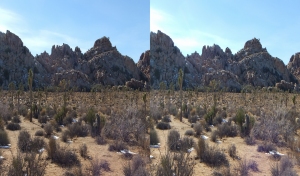 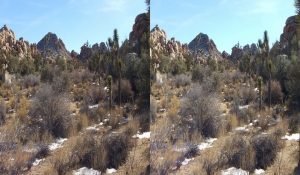 End of Echo Cove to Rusty Wall gallery. Thank you for visiting.