APPROPRIATELY, ROBERT MIRAMONTES, in his superb “Joshua Tree Rock Climbs” book, describes this portion of the Boy Scout Trail as the North Wonderland’s West Rim. It “covers the massive hillside of rock piles, formations, and boulders right of the trail about one mile from the parking lot, and the several crags in the valley in front of it.” For those who like to familiarize themselves with the various rock climbing features, there are few better volumes to buy. At over 550 pages, and replete with colorful photographs from cover to cover, Miramontes seems reasonably priced at $40.

Studying these labeled images before you visit the North Wonderland will make your hike all the more rewarding. The conglomeration of inselbergs (a.k.a. huge rock piles)—and their relationship to one-another—will no longer be confusing. 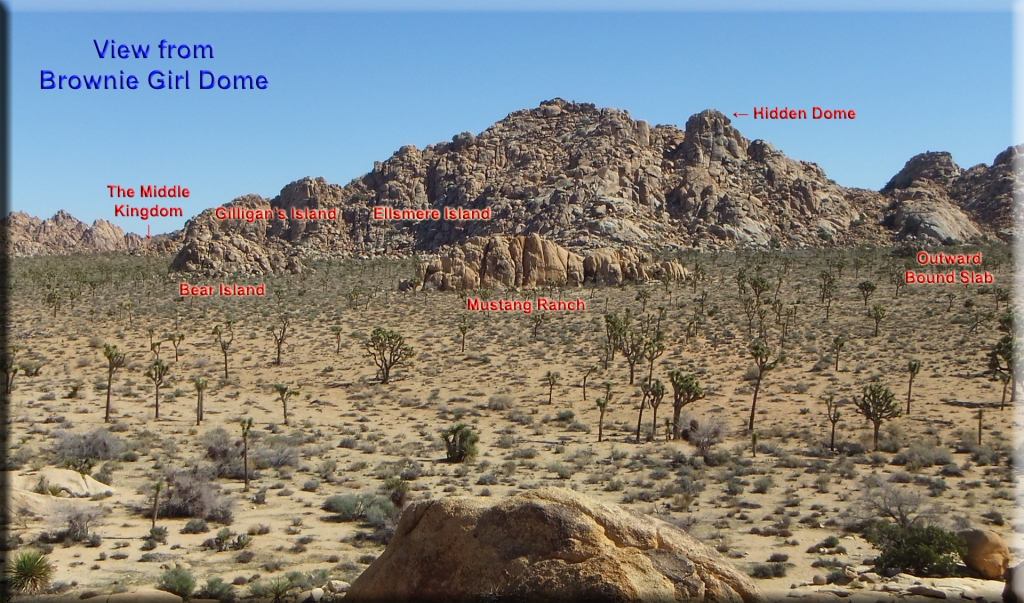 One and two-tenths miles from the Key’s Corner parking lot trailhead, you reach the end of the West Rim formations at Land’s End. At this point, the Boy Scout Trail splits to go North to Indian Cove and Northeast into the Middle Kingdom and North Wonderland. Collectively, the two rocky prominences on the left end of the hill are known as Gilligan’s Island. However, this group is broken into three parts, named after characters in the 1960s television comedy Gilligan’s Island. They are “Ginger’s Face” (left slab), “Mary Ann’s Face” (right) and the large climbing boulder at the base of the latter being “Gilligan’s Island Boulder.” (Click to Enlarge) 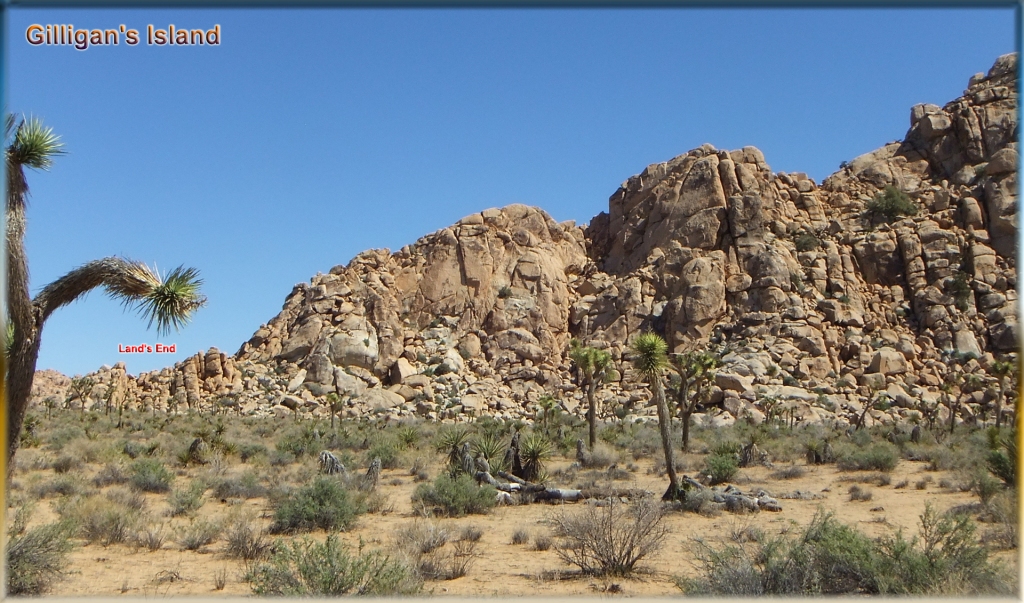 Notice the large choke stone separating “Ginger’s Face” and “Mary Ann’s Face.” To reach the routes on the right, one passes underneath this daunting blockage. 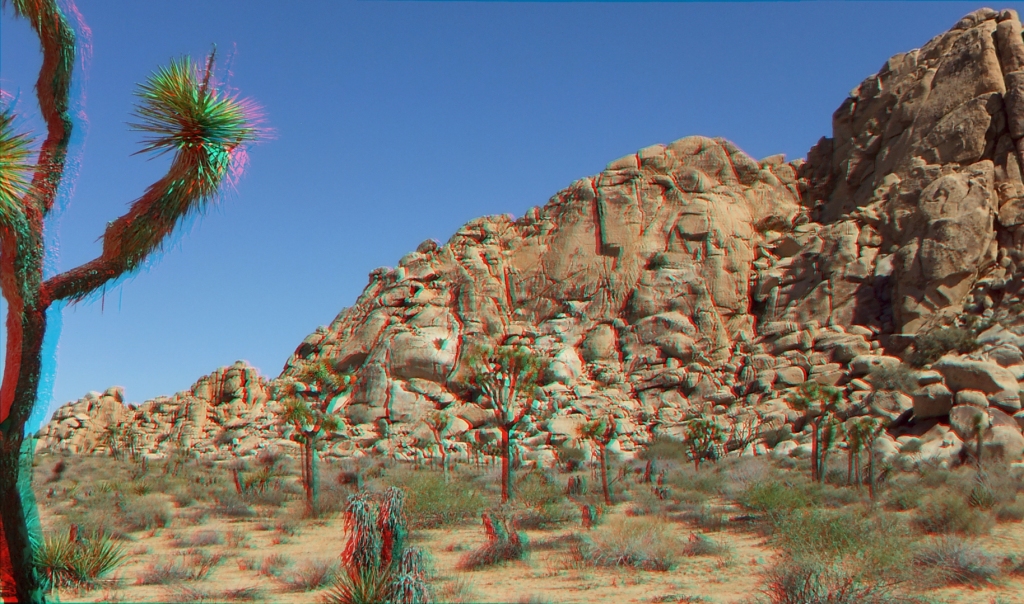 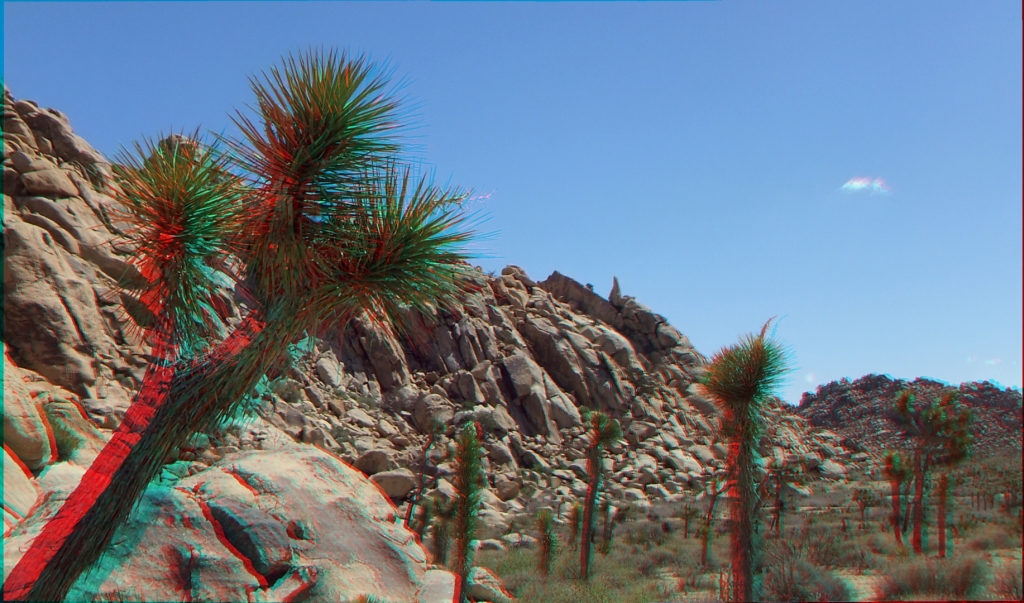 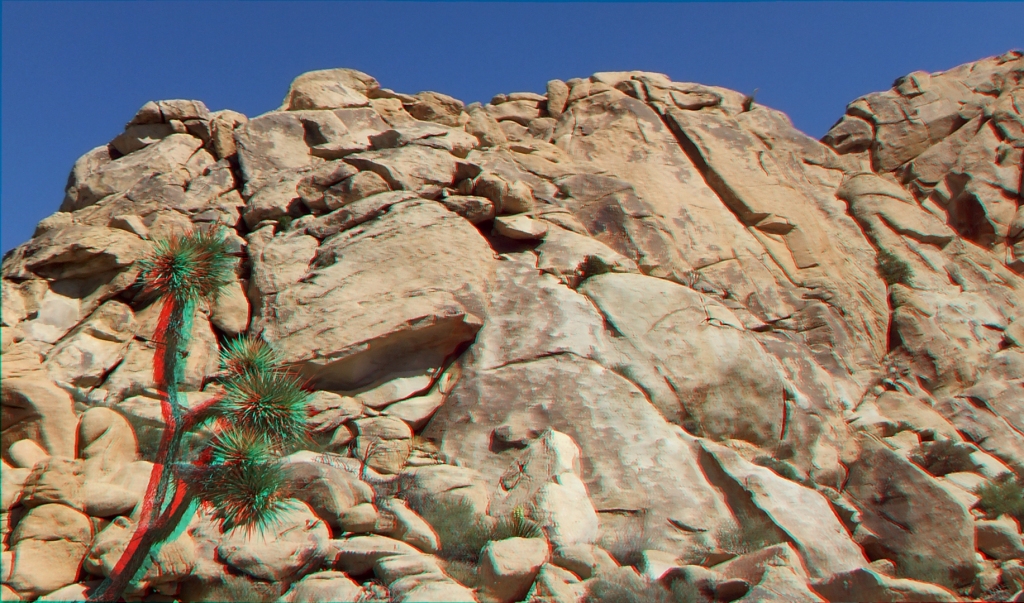 This section of the West Rim hillside includes mainly short (30ft to 50ft) climbing routes on the hillside a hundred paces or so to the right of Gilligan’s Island. Some names, again innovative as ever, include “Arms Are for Hugging,” “Able I Was Here, I Saw Ellsmere,” “The Houdini Arete,” “Ellsmere of Land,” and “The Linden-Frost Effect.” 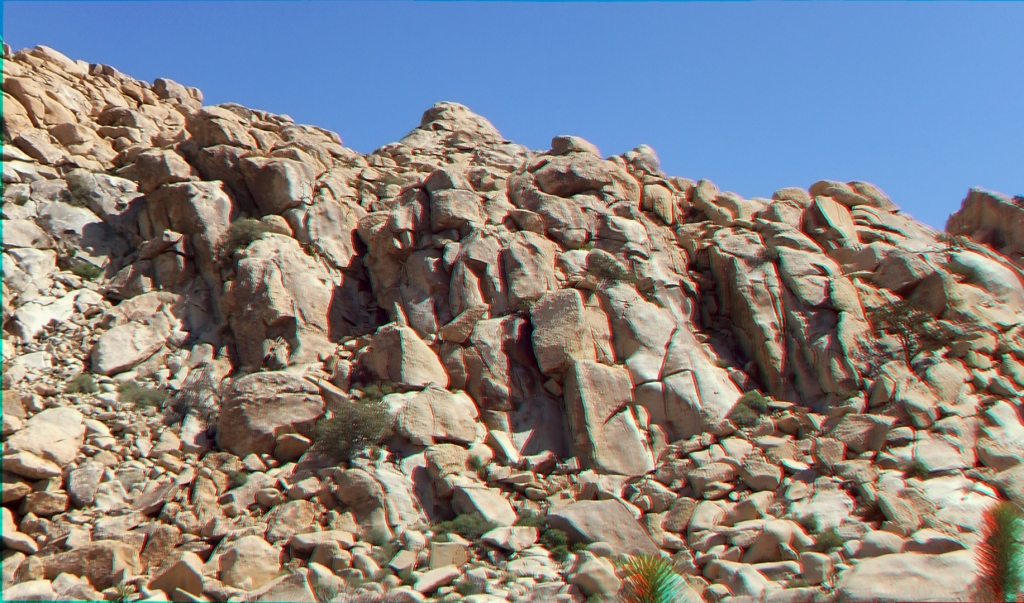 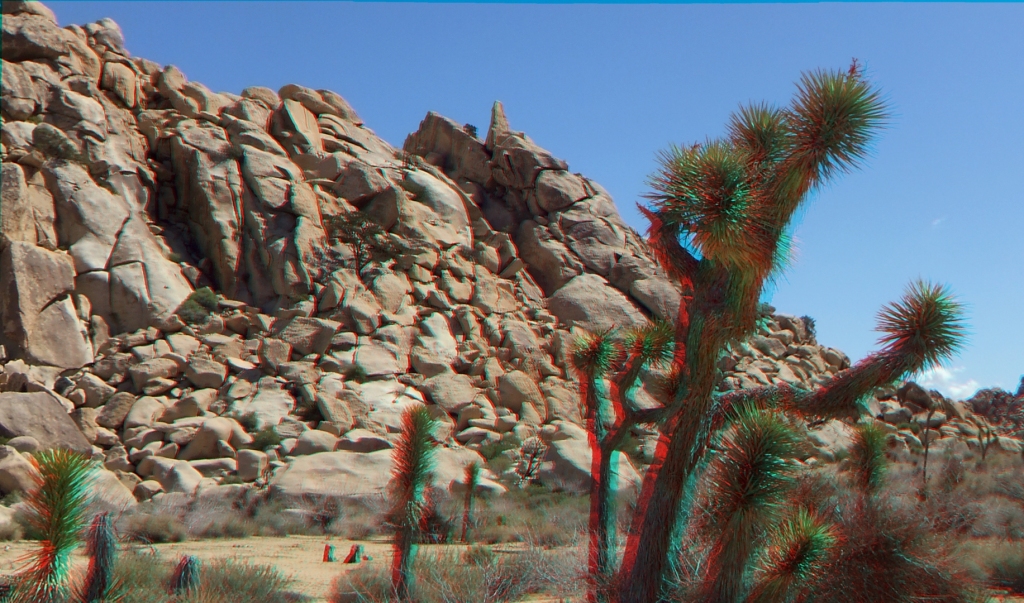 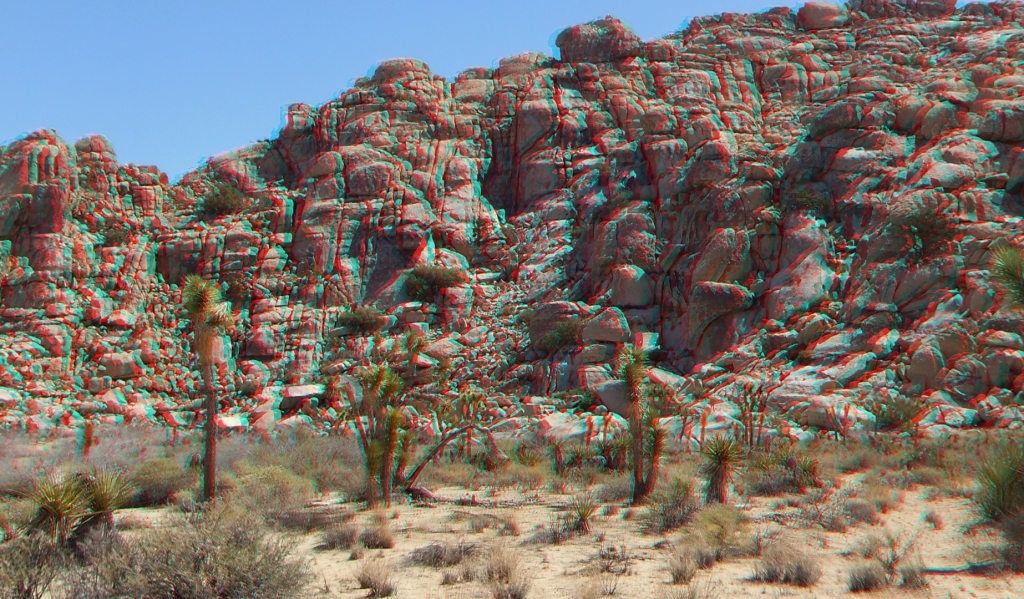 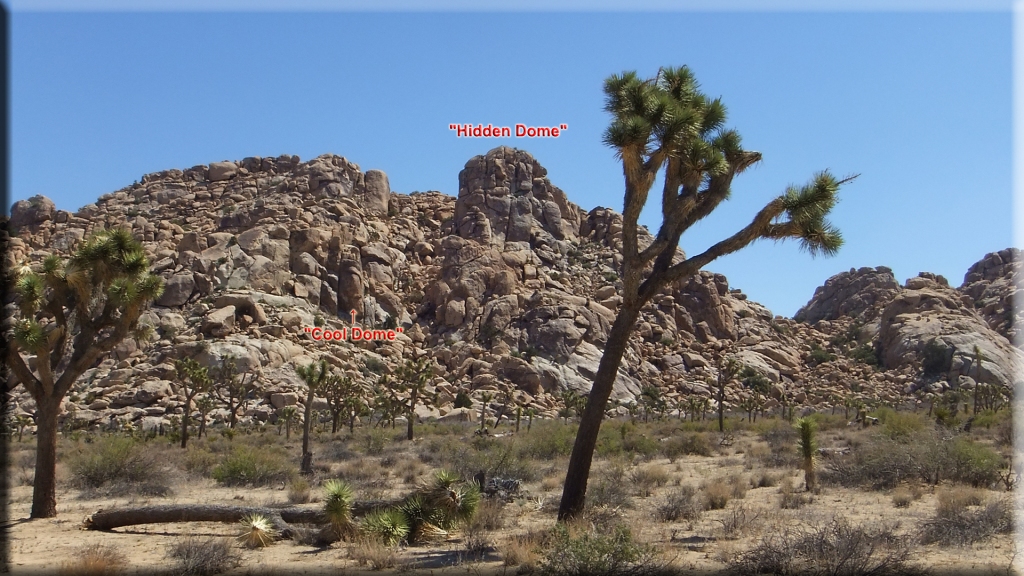 Visible first thing from the trailhead at Keys Corner, Hidden Dome sits high off the ground and must be approached (if you are so inclined) by heading up the obvious steep, boulder-choked gully. Split into two parts, the main Hidden Dome routes occur on the hidden one but also in the gap between. Humorous climb names indicate the climbers must enjoy their drinks “on the rocks” so to speak, after a long day shimmying up the monzogranite: “Major Creative Effort,” “Screaming Cactus,” “The Screaming Poodle,” “The Screaming Woman” (I detect a theme), “Too Secret to Fine,” and “Balance Due.” Across the way up the same gully is Cool Dome with its 90ft route “Bedtime for Democracy” swooping up the south face, climbing a long right-leaning crack. 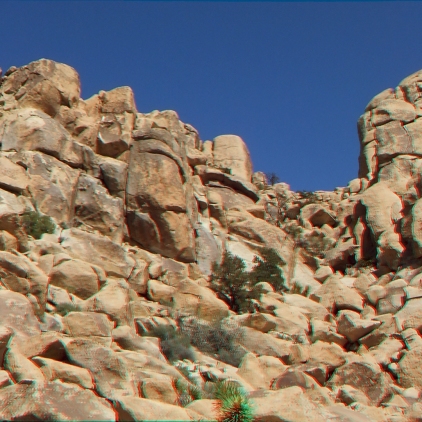 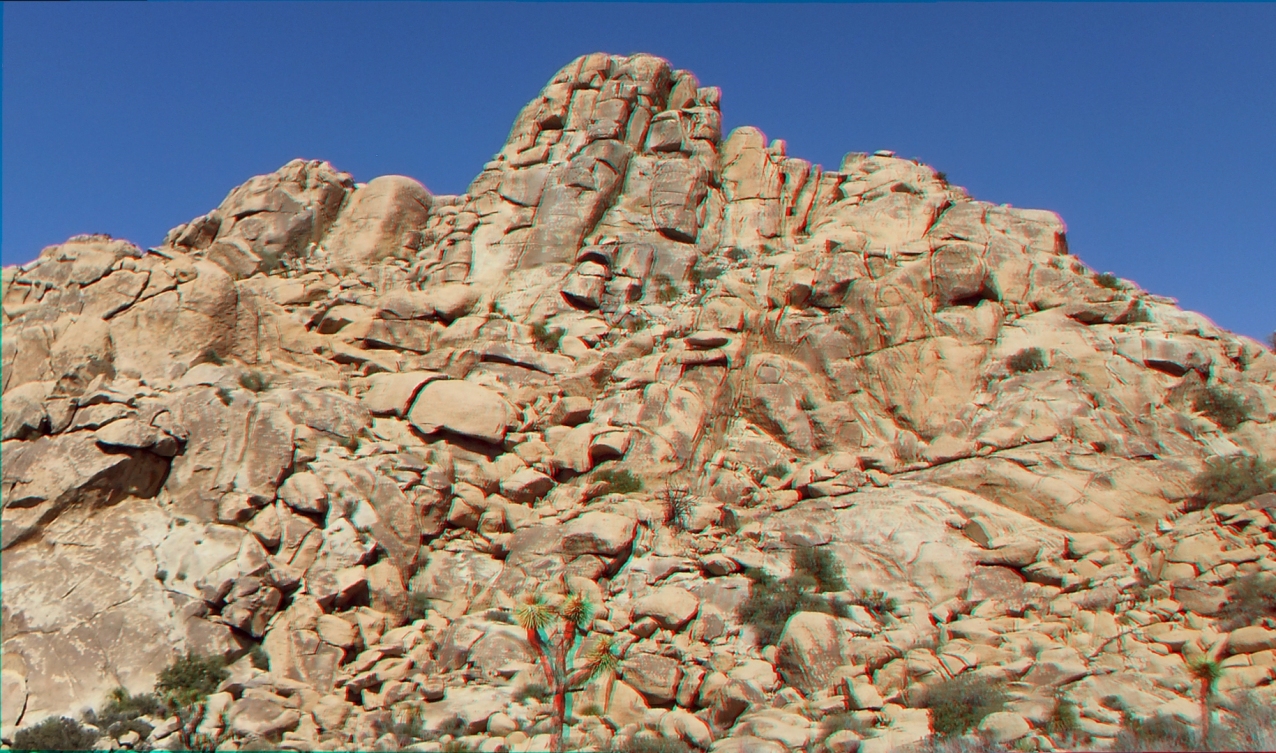 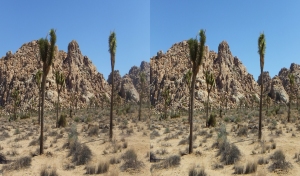 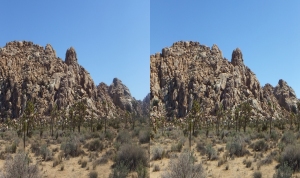 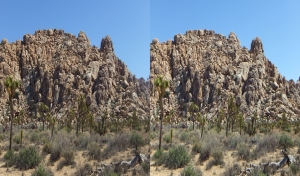 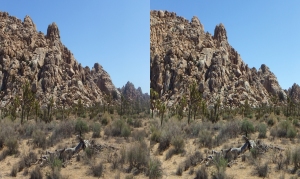 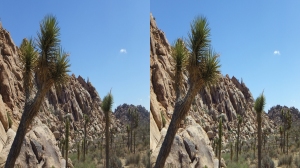 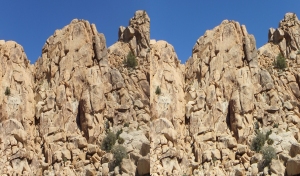 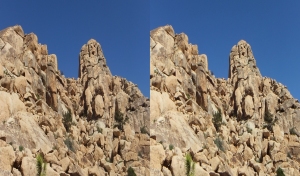 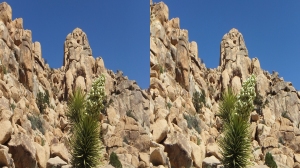 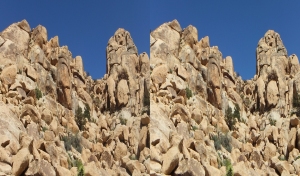 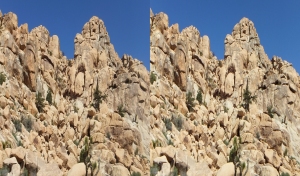 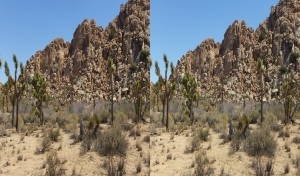 I hope that you enjoyed the West Rim featured 3D images and that you will visit the other wonderful North Wonderland Galleries in this group.